Yes, it has been a while.

It’s been just over a year since I last posted on this blog. And almost every single day of that last year I’ve been unhappy about not posting. Yes, seriously. The writing guilt haunted me pretty much every day.

“Why didn’t you just sit down and write, then?” you wonder? Well, I often wondered the same, but there has been a reason for me being unable to do exactly that: life has been a bit much this past year.

Now, this is in no way a negative statement.

If you’ve read my blog before or had a look at my previous posts, you know that I was getting ready to move to London. Originally, I am from Hamburg, Germany, and in April 2016 I moved over the big puddle, to the UK. As you can imagine, or maybe have done yourself, moving away from your home, your family, your friends, your familiar surroundings can be somewhat stressful, if not to say extremely stressful… I had lived and studied for a year in the UK before, but the situation back then was different, as I knew I was here for a limited amount of time and would go home at the end. Not that I missed my home so much that I was looking forward to going back home, but it is a different feeling when you know you aren’t in a place forever.

to me moving to London. On 9 April 2016, I boarded a plane to London and
said goodbye to my family and to Hamburg. On the other side, in London, my boyfriend was waiting for me. He had moved to London a couple of weeks prior and lived in a small room in Wapping, sharing the flat with three other people. It was there that I would stay the first two weeks, both of us and all our things stuffed into one room. Because when I came to London, I didn’t have a place of my own, nor a job, nor anything one might need in order to live and work somewhere. So you see, it was a bit of an uncertain adventure.

The only thing planned was a two-week work experience placement, starting the week after I arrived. After that, I had no plan. However, I was lucky and was offered job interviews shortly after arrived. Having sent off job applications before I arrived in London, using my boyfriend’s London address (yes, this seriously made all the difference… but that is another story), suddenly interview offers started coming in.

Shortly afterwards, 19 days after I had arrived, I accepted a job offer. My first, and biggest problem was solved. I had never expected to achieve this so quickly and was prepared for months of working in shops or cafés, but to my surprise, I was suddenly in the need of buying a whole set of office clothes!

Next, I had to find a place to live, as my boyfriend and I couldn’t possibly stay in his room together. Finding a flat in London is also a somewhat interesting endeavour, especially when you’re looking to spend not more than 50% of your monthly income on rent and not end up in a run down place in a dodgy area. After several days of viewing flats, I found my little nook. It was a tiny room in a flatshare with 6 other people (yes, quite a lot…). Located in Whitechapel, only minutes from Brick Lane, Spitalfields Market, and Shoreditch, I couldn’t believe I was so central and next to these lively areas. Now, Whitechapel certainly isn’t the quietest and, say, safest place, but the close proximity to everything cool and sold it to me. I lived in my little room for almost 4 months before moving into a new flat with my boyfriend.

Thinking back now and reflecting on the past year, I realize how huge the change has been for me and how much energy it cost me. Even after I moved into my own room and started my job, everything was new to me. Living in London was new, my flat and flatmates were new, and especially starting full-time work was a big change for me. (Something I feel I still haven’t entirely adjusted to…)

I have now lived in London for almost 13 months, and only recently have I truly started to feel at home and at ease in this massive, ever-changing city. Yesterday, I had my one-year work anniversary. A year of learning, adjusting, and becoming more confident in what I do.

I would have loved to document the past year on this blog, however, I couldn’t bring myself to do it. Looking back, I understand now that the change and everything that came with it was too much for me to process and capture in words. For some people, writing a blog during times of change is a helpful outlet, but for me, I needed time to understand and adjust first, and that’s okay. After my first year here, I can finally wake up with ease and look forward to the day with excitement, not with stress, worry, or uneasiness. 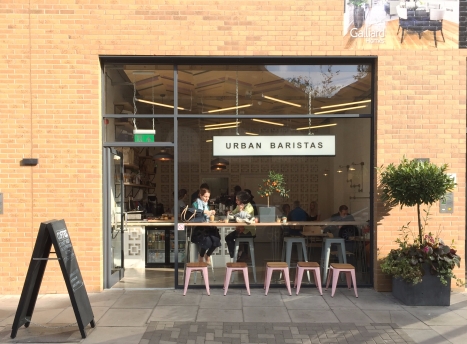 I mentioned at the beginning of this post that I started my life in London in Wapping, staying in my boyfriend’s flat, and Wapping is where I’m writing this post from. I’m sat in Urban Baristas, a wonderful new coffee shop that wasn’t here when I first lived here. Even though Wapping probably isn’t a place you would think about spending your Saturday in, I love coming back here and walking through the streets I first called home. (It also helps that Urban Baristas now serves absolutely delicious coffee right on Wapping High Street!)

I came a long way since April 2016 and I’m curious to see what London’s got planned for me. Because I’m certainly not done yet. I’ve only just begun!

4 thoughts on “Where it began.” 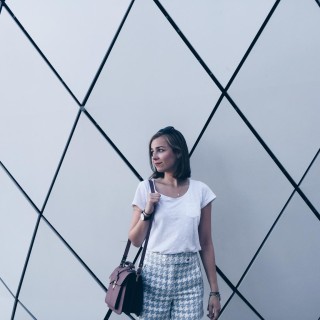